Hello everyone! We have had another very busy half term in Ibn Zayd!

In literacy we lost a bag of toys and found out that a little boy had also lost his favourite toy so we wrote him a letter trying to help him find it. We also re-wrote the story using lots of our grammar skills including; sequencing words, conjunctions, adjectives, subordination, speech and much more! After that we researched all about the Romans and wrote a non-chronological report. We found out a lot but we found it quite interesting how they ate as they ate lying down and liked to eat flamingo brains! (yuck)

In maths we have been learning about measures. This has included; length, weight and money. We have used estimated length and used metre sticks and rulers to measure various objects in the classroom. We also estimated the weight of different items and had to weigh them to find out their actual weight using weighing scales. When learning about money, we have enjoyed playing a toy shop game to explore making amounts and figuring out change.

In topic we have learnt all about the Romans. We have identified countries that they took over, created our own Roman town map, described a Roman Soldiers uniform and learnt the story of the fearsome, bold Queen Boudicca. We have watched videos, labelled maps and created story maps and comic strips.

This half term Mrs Bradley brought in a cake and someone took it! She sent us clues and we emailed her back. Through doing this, we learnt about email addresses, attachments and being safe when opening emails. In internet safety week, we looked at ‘Being Kind Online’ we read different scenarios and decided as a group if these things were kind or unkind.

In art we looked at the mosaics and how they were used to tell stories during Roman times. We had a go at sketching parts of mosaics and designed our own mosaic linking it to a memory or favourite hobbies.

In RE we have studied special people. So far we have looked at special people in our own life, Jesus and we will be looking at Muhammad (SAW). In RE super learning week we learnt about Buddhism and Judaism. The children produced some fantastic stories and non-chronological reports. We also learnt about Rene Inow and the Holocaust she was an extremely brave survivor and we wrote her a post card but we are still waiting to hear back. 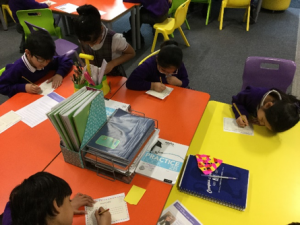 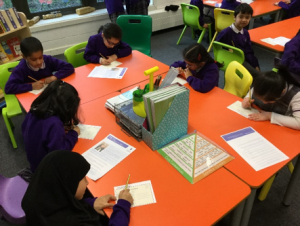 In order to help you to understand the admission process better, we have produced a number of documents for you to read

Young pupils at The Olive School, Blackburn are learning the importance of kindness as part of a special festive charity drive to help vulnerable people in the local area.